Three-year-old Raymond Gallo might not be able to walk or hear without a weekly dose of intravenous medicine that attacks the effects of Hunter syndrome, a rare genetic disease. But thanks to that medicine, Raymond can watch and hear his favorite TV shows – “Dora,” “Diego” and “iCarly” – walk up to a baby to say hi or walk over to his mom for a hug. Just don’t ask him to walk outside in the winter; Raymond, who lives in Boonville, hates the snow.

Before Raymond’s medicine was approved by the federal Food and Drug Administration in 2006, most early-onset Hunter syndrome patients like him died between the ages of 10 and 20. As things stand, Raymond’s prognosis is uncertain.

Every year, thousands of area residents turn out to raise money for medical research at events such as America’s Greatest Heart Run & Walk or the American Cancer Society’s Relay for Life. These events give private citizens the ability to vote, with their feet, on where the billions of dollars the United States invests in medical research each year should go.

Many choose causes based on their history with a disease – as survivors, caregivers, loved ones or friends.
Some have been touched by stories in the media, some by the involvement of a celebrity such as Christopher Reeve or Michael J. Fox.

But it’s much harder to find advocates for kids such as Raymond; Hunter syndrome and 6,000 other so-called orphan diseases affect fewer than 200,000 Americans each.

So while Americans invested $139 billion into medical research in 2009, as estimated by the nonprofit Research!America, treatments and cures remain a distant dream for patients with less “popular” diseases.

There simply isn’t enough money to go around.

Money for research comes from many sources: private industry, the largest contributor; the federal government, especially the National Institutes of Health; local and state governments; private foundations; and the health care nonprofits for which residents walk, run and jump rope to raise money.

Each group has its own decision-making process, but it always involves scientists judging the merits of research proposals. No one wants to invest in unsuccessful or insignificant research.

“My perspective is that our current way of funding medical research in the U.S. resembles Winston Churchill’s quote about democracy, (that) it’s the worst form of government in the world, except for all the others,” said Dr. Patrick McNulty, chief of cardiology at Bassett Medical Center in Cooperstown, and a former researcher who reviews research grants for the American Heart Association and the National Institutes of Health.

The system would be hard to improve, agreed Jonathan Moreno, professor of medical ethics and of the history and sociology of science at the University of Pennsylvania in Philadelphia. “The fact is that there is no completely objective metric,” he said.

Raymond’s parents, Jennifer and Richard, are praying that his “miracle” medicine – administered over the course of five hours every Monday – will save him until researchers can find a cure.

The Gallos’ concern isn’t just for Raymond; their daughter Kaitlin, 7, could be a carrier of the Hunter gene.
Patients with Hunter syndrome, most often boys, lack an enzyme that helps them break down certain kinds of sugar which then build up in the body. There is a milder late-onset form, but for early onset patients such as Raymond, symptoms can include aggressive behavior, hyperactivity, mental retardation, spasticity, coarse facial features, progressive deafness, carpal tunnel syndrome, joint stiffness and a large head.

As an infant, Raymond was happy, but just wasn’t hitting developmental milestones, Jennifer said. But his pediatrician kept insisting everything was OK. A new doctor diagnosed him when he was just over a year old.

The couple, both teachers, hasn’t put in long hours researching their son’s condition, as some families do.
“If you look online, it’s very scary,” Jennifer said.

“I know enough that it would make me crazy,” Richard added.

Instead, the couple stays in touch with experts they trust for information, they said.

Developments in the human genome, nanotechnology and stem cell research have given scientists wonderful opportunities to make new discoveries, said Steven Goodman, vice president for research and dean of the College of Graduate Studies at Upstate Medical University in Syracuse.

“I personally think we’re at a place where progress could be made at an unprecedented rate,” he said.

That can’t happen, though, without more investment in research, Goodman said.

Meanwhile, the House of Representatives has passed a bill that would cut the NIH’s budget this year by $1.6 billion, or 5.2 percent.

Science is not the only factor affecting research funding. Other factors creep in, too: politics, campaigns by health-related advocacy groups, celebrity spokespeople, lobbying, public opinion and profits. Just think of those ubiquitous pink ribbons and Jerry Lewis’ telethon.

Dr. Charles Antzelevitch, executive director and director of research for Masonic Medical Research Laboratory in Utica, said he’s been working with pharmaceutical companies for 15 years to develop drugs for the rare, but potentially fatal genetic cardiac arrhythmias he researches. But Antzelevitch said he’s been disappointed by the lack of industry focus.

“The profit margin is not there,” he said.

Raymond’s disease might once have been overlooked by drug companies. But the Orphan Drug Act of 1983 gave special encouragements to drug makers to develop treatments for orphan diseases such as Hunter syndrome, which affect fewer than 200,000 Americans. In the decade before the program began, fewer than 10 “orphan drugs” were approved, according to the FDA. Since 1983, 366 have been approved.

But profits aren’t Antzelevitch’s only concern with the funding system.

“We get very concerned when we see the National Institutes of Health, for example, having dictates from Congress based on these lobbying efforts by celebrities, and so forth, and individual lobbying groups,” he said. “It’s important to be responsive to the populace, but you really need to put the money where it can advance science in a meaningful way, and it’s the scientific community, I think, that can best judge where the money can do the most good.”

But for Goodman, celebrity involvement, advocacy campaigns and anything else that brings attention to medical research is good. The field can use all the attention – and funding – it can get, he said.

And more celebrities are taking the time to sit down with scientists to learn how they can help, forging an alliance that can create positive awareness, Moreno said. But not always; Patrick Swayze’s death from pancreatic cancer in 2009 did not seem to bring the disease to the fore.

It’s hard, Moreno said, to figure out why some diseases get more attention and funding than others.
Mary Shulsky, of Deerfield, thinks so, too. Her husband, John, 66, and his “big brother,” identical twin Jim, who was born three minutes earlier, were diagnosed with pancreatic cancer during the same week in early September.

The NIH keeps track of its annual funding in 229 research categories in which Congress has shown an interest historically. Seven organ cancers are on the list. Pancreatic is not.

John was diagnosed as stage four, and given six months to a year to live; his cancer counts were way down mid-month, which is keeping him optimistic, he said.

Jim, of Whitesboro, is stage two. An avid outdoorsman, Jim said the diagnosis came out of the blue “because you don’t hear about it. All you do is hear is about the other types.”

Pancreatic cancer has the lowest survival rate of any cancer – less than 6 percent at the five-year mark – because it is most often diagnosed in the late stages. There is no screening test and there are few early-stage symptoms. Jim lucked out in a sense because a tumor blocking his bile duct gave him early symptoms.

John wasn’t so lucky. He and Mary had planned on traveling after retirement, but John kept putting off retirement because he loved his job at Indium Corp.’s plant in Utica, Mary said. In fact he’s still officially an employee out on disability, she said.

“I knew when we sat down. I could tell by the look on his face. He said, ‘I’m very sorry. It’s cancer,’” she recalled.

“All of our plans and hopes and dreams …,” she began, before choking up, unable to go on.
“It was devastating. I just can’t describe it.”

And now Mary also is concerned for her two children and two nephews because of the family’s evident genetic link to the cancer.

“We just keep hoping for a miracle,” Mary said. “There are only 37,000 people that die of this every year, and it’s not enough for them to get the funding that they need to do the research, like breast cancer. They get all kinds of funding.”
Copyright 2011 The Observer-Dispatch, Utica, New York. Some rights reserved
Posted by Rajni Khajuria at 12:54 PM No comments:

Breakthrough in delivering drugs to the brain


A new way of delivering drugs to the brain has been developed by scientists at the University of Oxford.

They used the body's own transporters - exosomes - to deliver drugs in an experiment on mice.

The authors say the study, in Nature Biotechnology, could be vital for treating diseases such as Alzheimer's, Parkinson's and Muscular Dystrophy.

The Alzheimer's Society said the study was "exciting" and could lead to more effective treatments.
Research barrier

One of the medical challenges with diseases of the brain is getting any treatment to cross the blood-brain barrier.

The barrier exists to protect the brain, preventing bacteria from crossing over from the blood, while letting oxygen through.

However, this has also produced problems for medicine, as drugs can also be blocked.

In this study the researchers used exosomes to cross that barrier.

Exosomes are like the body's own fleet of incredibly small vans, transporting materials between cells.

The team at Oxford harvested exosomes from mouse dentritic cells, part of the immune system, which naturally produce large numbers of exosomes.

They then fused the exosomes with targeting proteins from the rabies virus, which binds to acetylcholine receptors in brain cells, so the exosome would target the brain.

They filled the exosomes with a piece of genetic code, siRNA, and injected them back into the mice.

The siRNA was delivered to the brain cells and turned off a gene, BACE1, which is involved in Alzheimer's disease.

The authors reported a 60% reduction in the gene's activity.

"These are dramatic and exciting results" said the lead researcher Dr Matthew Wood.

"This is the first time this natural system has been exploited for drug delivery."
Customised

The research group believes that the method could modified to treat other conditions and other parts of the body.

Dr Wood said: "We are working on sending exosomes to muscle, but you can envisage targeting any tissue.

"It can also be made specific by changing the drug used."

The researchers are now going to test the treatment on mice with Alzheimer's disease to see if their condition changes.

The team expect to begin trials in human patients within five years.

Dr Susanne Sorensen, head of research at the Alzheimer's Society, said: "In this exciting study, researchers may have overcome a major barrier to the delivery of potential new drugs for many neurological diseases including Alzheimer's.

She said the blood-brain barrier had been an "enormous issue as many potential drugs have not been properly tested because you couldn't get enough of them into the brain."

She added: "If this delivery method proves safe in humans, then we may see more effective drugs being made available for people with Alzheimer's in the future."

Dr Simon Ridley, head of research at Alzheimer's Research UK, said: "This is innovative research, but at such an early stage it's still a long way from becoming a treatment for patients.

"Designing drugs that cross the blood brain barrier is a key goal of research that holds the promise of improving the effectiveness of Alzheimer's treatments in the future."

For more information on Autism Awareness, please click on the title
Posted by Rajni Khajuria at 12:21 AM No comments: 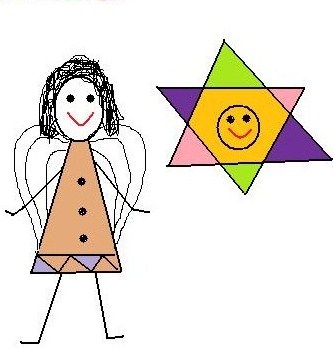